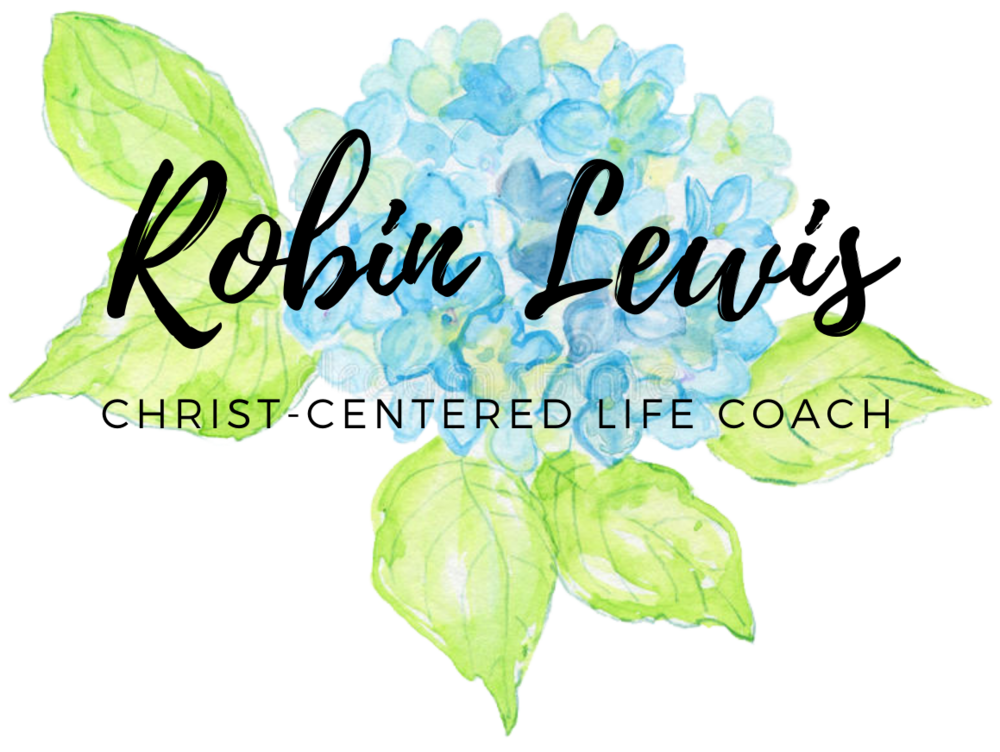 A Psalm Unto The Lord 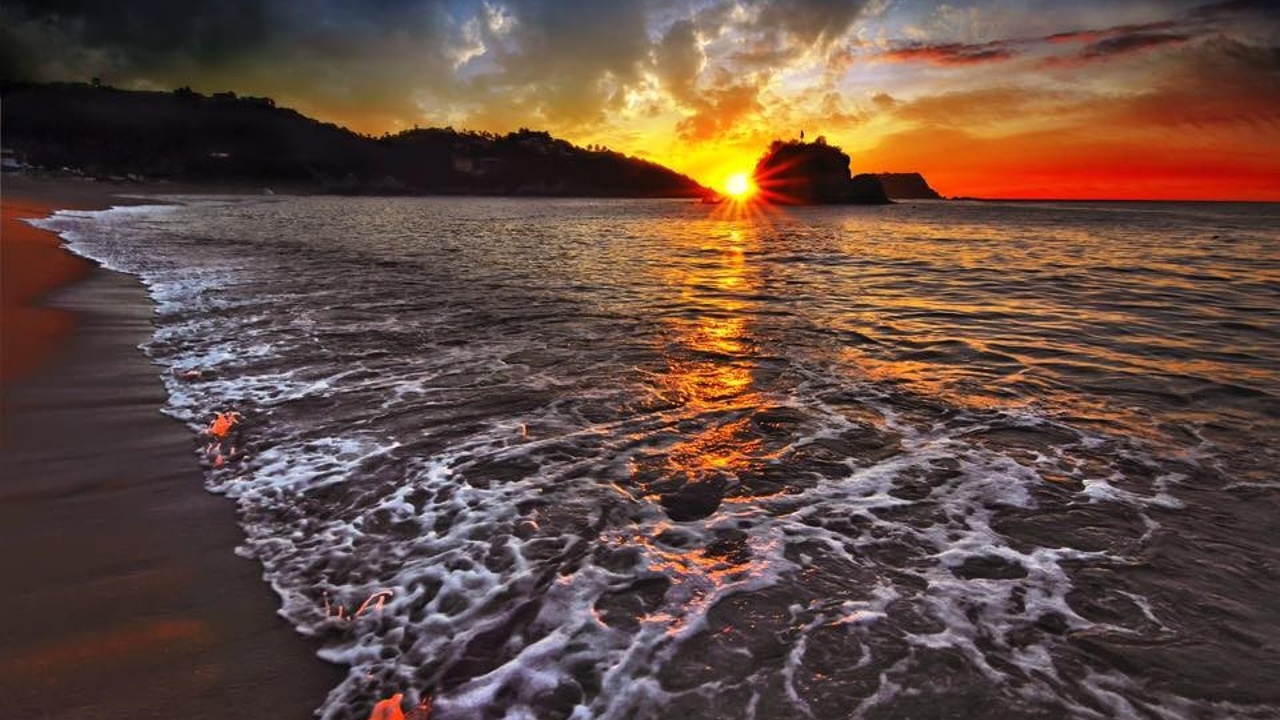 I magnify the Lord!
For who He is, for how He is for me!
He shines His love in my life
And I am whole and energized!

Oh God, there is none like You!
You make the nations shake
And yet you hold me close to Your heart.

Oh God, You are pure love!
Your heart of compassion floods my soul
So that I can love You
And love others made in Your image.

Oh God, You know me intimately!
You pry into every place in my heart
So that there's nothing that can come between us.
You are always pouring more freedom into me!

Oh God, Your grace abounds!
You empower me with Your presence.
Nothing is impossible with You.
You're a good Father and I love you. 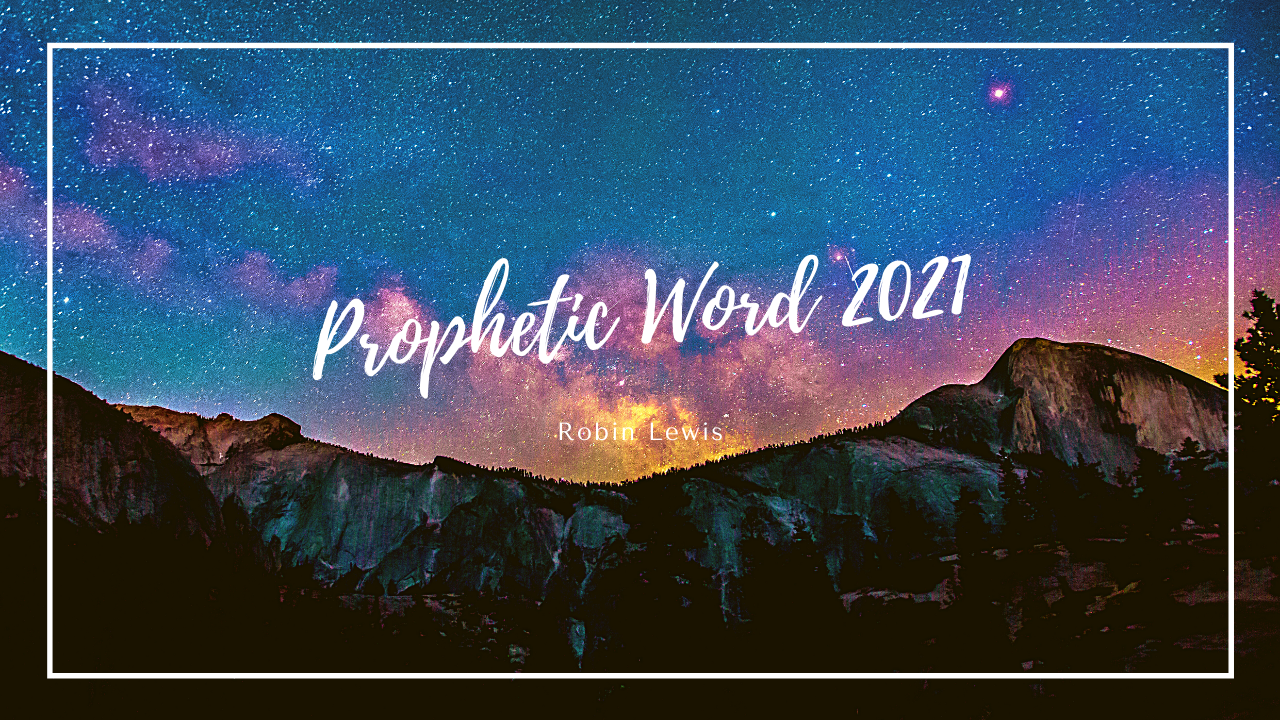 Today, December 31st as I was seeking the Lord, He gave me this word to share with you. Let's welcome 2021 together in the Spirit of Jesus!

"2021 is going to be an amazing year for believers everywhere. I, Jesus, am lifting up and raising up those no one expects anything of to be My voice in the earth.

In the coming months, you will see Me turn watered-down religious services and programs into deep, rich, and satisfying barrels of Heavenly wine! A new wine for a new people who will be sent throughout the earth proclaiming the goodness and the power of God to bless people everywhere.

They will carry My heart and the crushed and broken will be healed and restored. Worship will erupt in the highways and byways, in the cities and in the countryside, and revival like flames of fire will cause the weary to sing!"

Aligning Your Thoughts to Deal with Fear 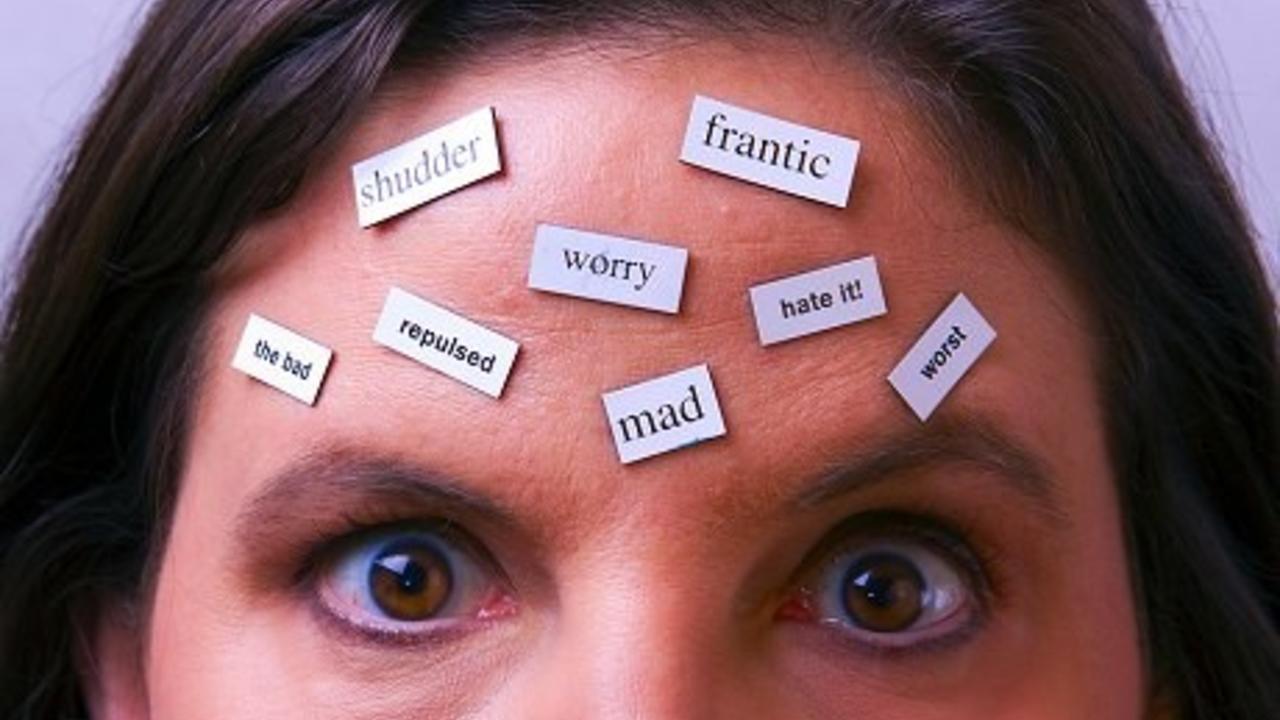 Each Monday, I host a live broadcast on Facebook at 9:00 am EST in my private Facebook group called Power Up, Prayer, & Positive Mindsets for Women. This includes about 15 minutes of teaching and prayer with a focus to strengthen you to live your purpose and know how to deal with the challenges that come.

In a recent broadcast, I taught on dealing with fear by aligning our thoughts with God's thoughts and share a recent personal story from my own life - a recent spiritual battle I fought and won!

We each have about 70,000 thoughts a day, yet we actually have the power to choose our own thoughts. But have you ever wondered where our thoughts originate from? And why we would need to choose them carefully?

So, not all your thoughts actually originate with YOU.

The only completely pure and trustworthy source is God's voice within us, but it's not the only voice!...

Things That Hinder Our Closeness to God 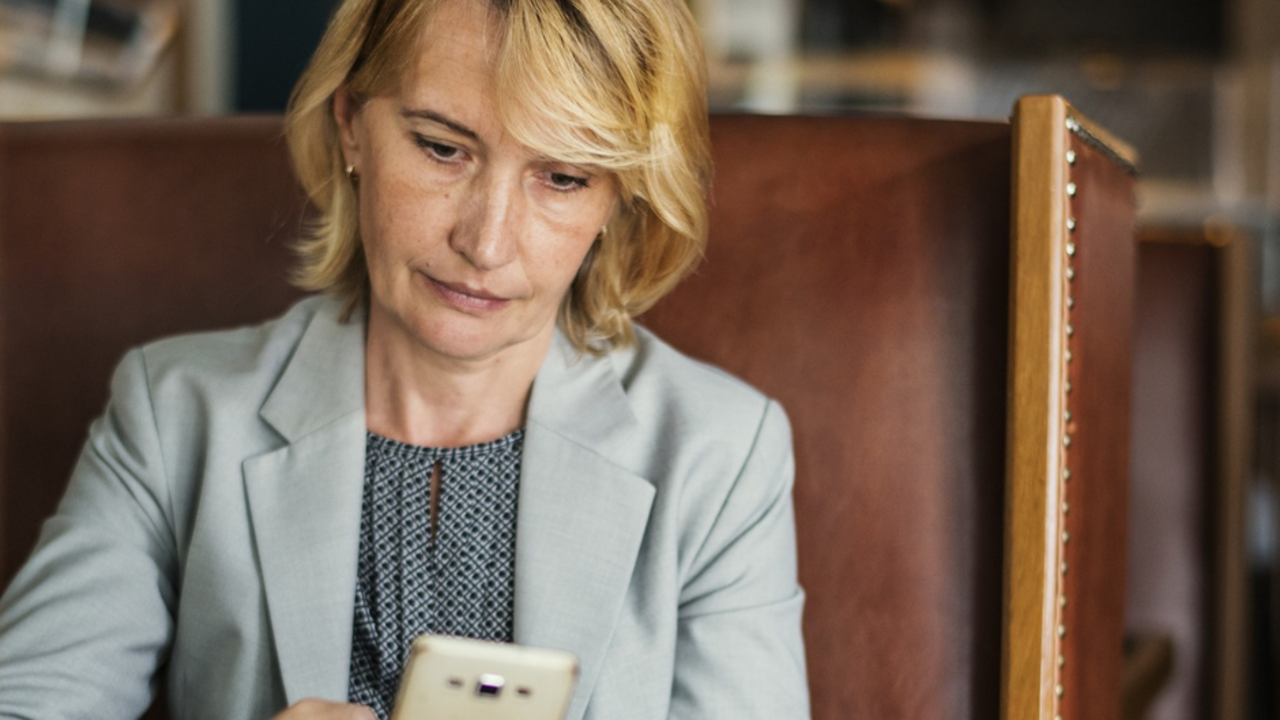 There's nothing that means more to me than feeling a closeness to God. It's what we were born to know!

But how do we get there? How do we cultivate a deeper relationship with Him and maintain it? What things hinder that closeness with Him?

In my Facebook Group, I recently taught on this and you can watch the replay right here.

You Reflect What You Focus On

Since we are made in God's image, our lives are designed to be focused on Him, getting what we need from Him, walking in relationship with Him as He transforms us.

It's His job, as we walk with Him, to change us more and more into the image of Christ. In other words, our lives are made whole!

Things that Hinder Our Closeness to God

What things hinder our closeness to God? Begin to notice what's happening in life when you feel a disconnect...

Lessons from the Kitchen Floor: my focus matters. 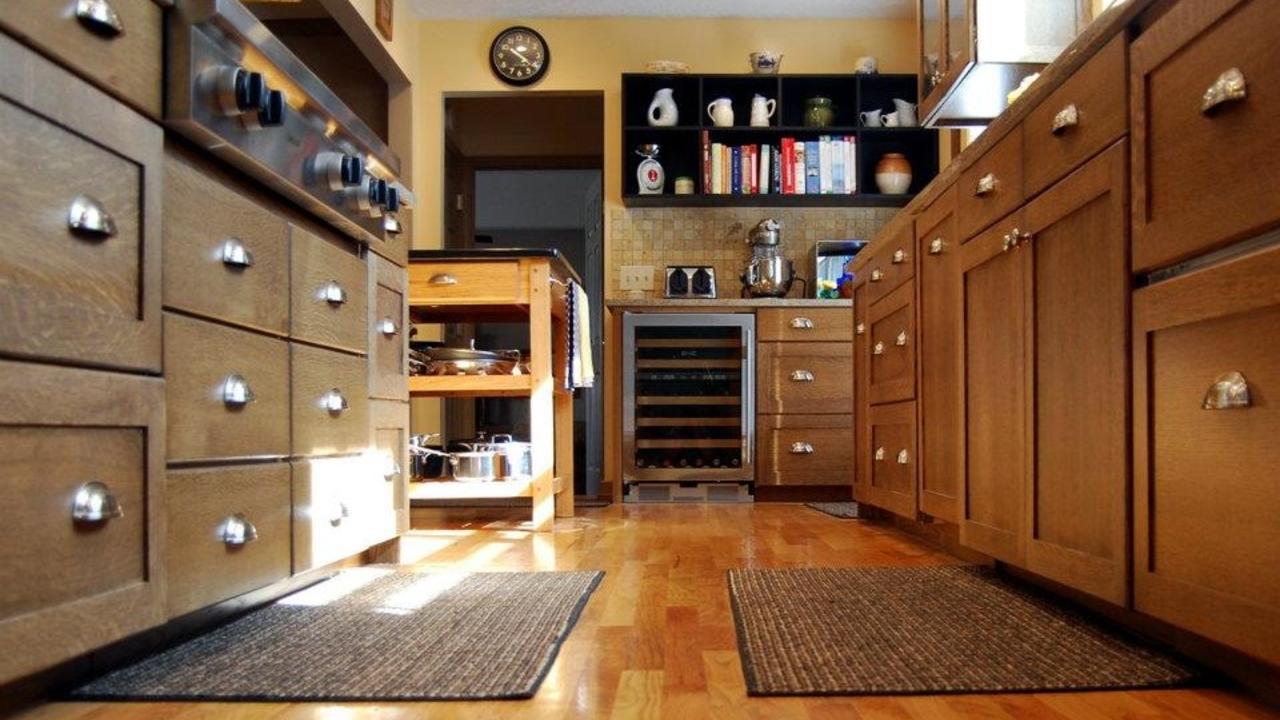 I remember when it was normal for me to follow whatever thoughts came into my mind. I lived in a static state of fear - and honestly, so much had happened in my life that was threatening mentally, emotionally, and physically that it was hard to think positively and live above it.

I did my best to maintain a positive outlook and I kept praying. But there were days where I would lie on my face on the kitchen floor in tears.

God's help would come when I would pray and especially when I would sing. Old hymns I'd learned as a child like "The Solid Rock" or "Great Is Thy Faithfulness" and "What A Friend We Have in Jesus."

The words would slowly drip into my mind and as they saturated my thoughts and rolled off my lips, my focus would return to God and my heart would begin to feel His peace.

It was in that kitchen that I first became aware of choosing my thoughts and the difference it would make.

declarations forgiveness free book freedom in christ galatians 5:1 healthy thoughts inner healing monday morning power up new creation set free Feb 17, 2020
To join the Monday Morning Power Up & Prayer group on Facebook, please click HERE.
Do you struggle with painful memories that seem to surface at the worst times? Do you have emotional triggers that trip you up? Do you fight feelings of discouragement or fear because of past hurts?
If so, you're not alone.
Many of us don't know what to do with the pains of the past, and a lot of us are allowing those memories to create pains in the present!
If you feel the pains of the past are following you around like a stray dog, or if there's something you can't seem to forgive yourself for, then these tips are for you!
Galatians 5:1 says, "It is for freedom that Christ has set us free. Stand firm, then, and do not let yourselves be burdened again by a yoke of slavery."
Here is what we need to remember...
1) GOD CARES ABOUT HOW WE FEEL. He invites us to pour our hearts out to Him through tears, words, prayers, etc.
...
Continue Reading...

How to Have a Steady Heart in an *Unsteady World 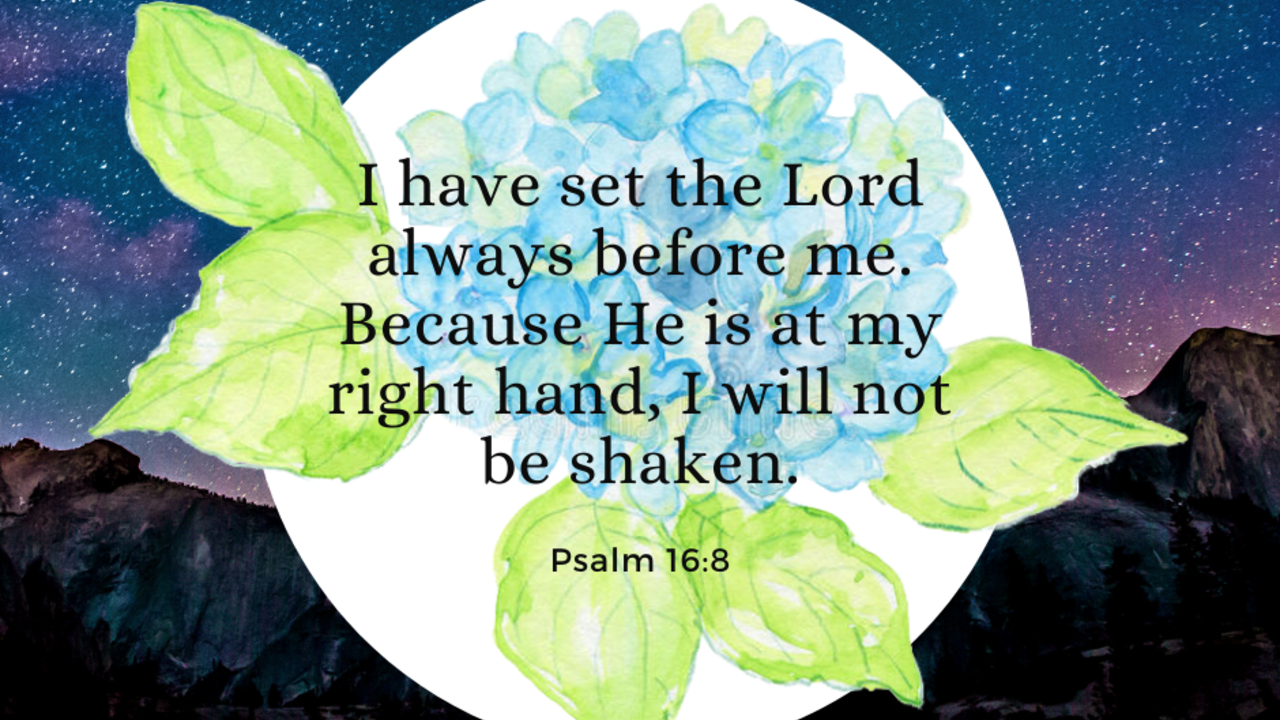 Ever have something happen that seemed to rock your world and leave you spinning?

My world's been rocked so many times, I wonder how the earth is still properly balanced.

My response to a "world-rocking" event would begin with fear. That usually developed into anger or self-defensiveness or self-pity. One of those "self" things. It was miserable.

I bet you know that feeling.

And finally, my eyes would turn back to God. Every time I turned back to Him, I could feel my unbalanced world beginning to right itself.

Maybe my circumstances didn't change right away, but as my perspective did, so did my mind and heart.

Maybe I still didn't have the answer, but I was looking at the One who had it. As my faith and focus returned to its rightful place, my heart once again became steady (or steady-er).

When things happen... like a bad diagnosis from the doctor, a betrayal by a spouse or friend, or just when the whole month or year has been challenging...

Peacemakers & Peacekeepers - which one are you? 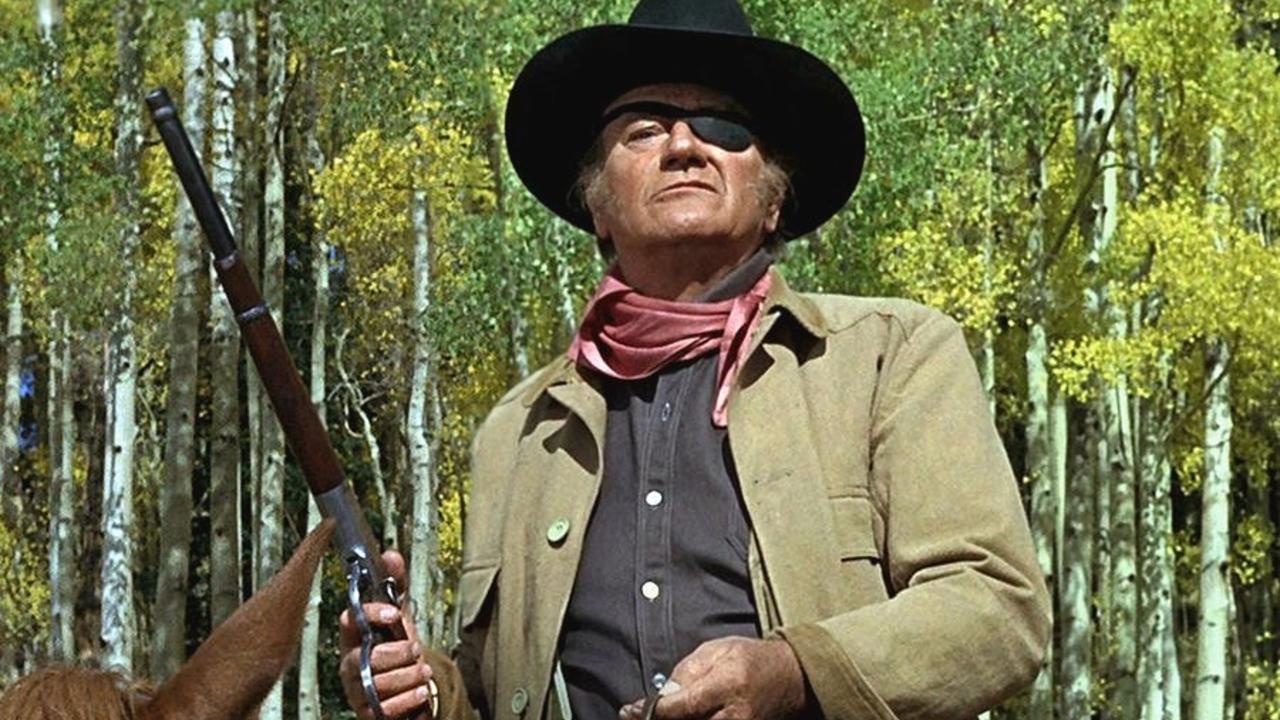 When I heard it, I knew it was true.

I had been doing my best to "keep the peace" intact around me and keep everyone okay, but I was sacrificing my soul. My entire motivation had been based in raw fear.

It was fear that had been growing unchecked for some time. And to describe it - I felt like it was a vine that had climbed up, wrapped around my neck, and was shutting off my voice.

I didn't know what to do.

And then a friend told me that she knew I was just afraid.

And rightly so! I mean, my situation was abusive in many ways, but what power did I have?

That's the thing with ungodly fear - it takes your power every time.

A counselor I would see later on asked, "Robin, when did you realize your voice had been stolen?" (Wow, huh?)

It would be years of learning to speak up and stand my ground. Of getting freed from fear and codependency, healing from abuse, and finding the real me that God had created.

I realized that the peace I... 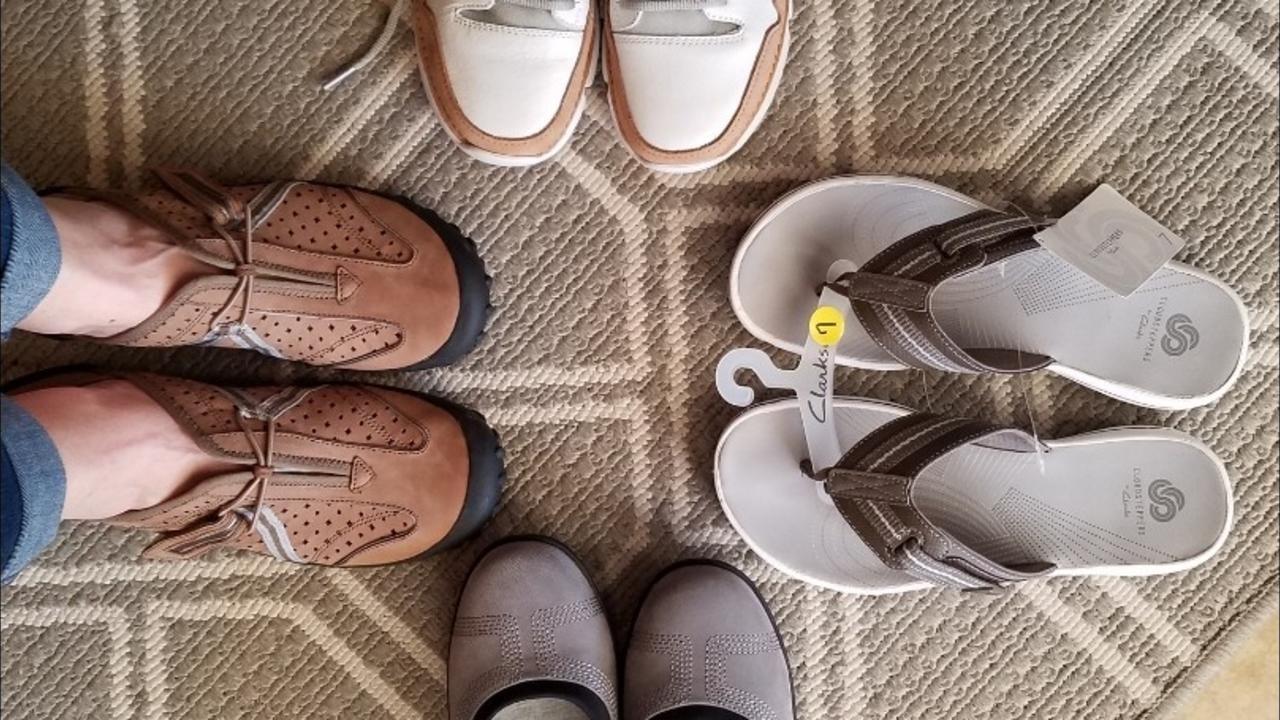 With all the demands on time and the number of things we're each responsible for, do you sometimes neglect yourself?

I know I am certainly guilty of that at times. As a full-time life coach, I'm also "do-er" / type A / professional multi-tasker, so I love helping others achieve and accomplishing goals that I've set for myself. In other words...

I love making a difference!

Am I neglecting myself in the process?

Recently, I realized that a thought was trying to make its way to my frontal lobe. When that happens, I have learned to stop and listen to what is asking to be heard.

Sometimes it's a great idea, a reminder, or a solution to a problem.

When I stopped to listen...

...I realized that most of my shoes were worn out and that my feet were hurting some every night.

So yesterday, I blocked off some time, drove to the outlet mall, and came home with 4 beautiful pairs of Clarks Shoes - different styles to...

Your Calling Is Not Small! 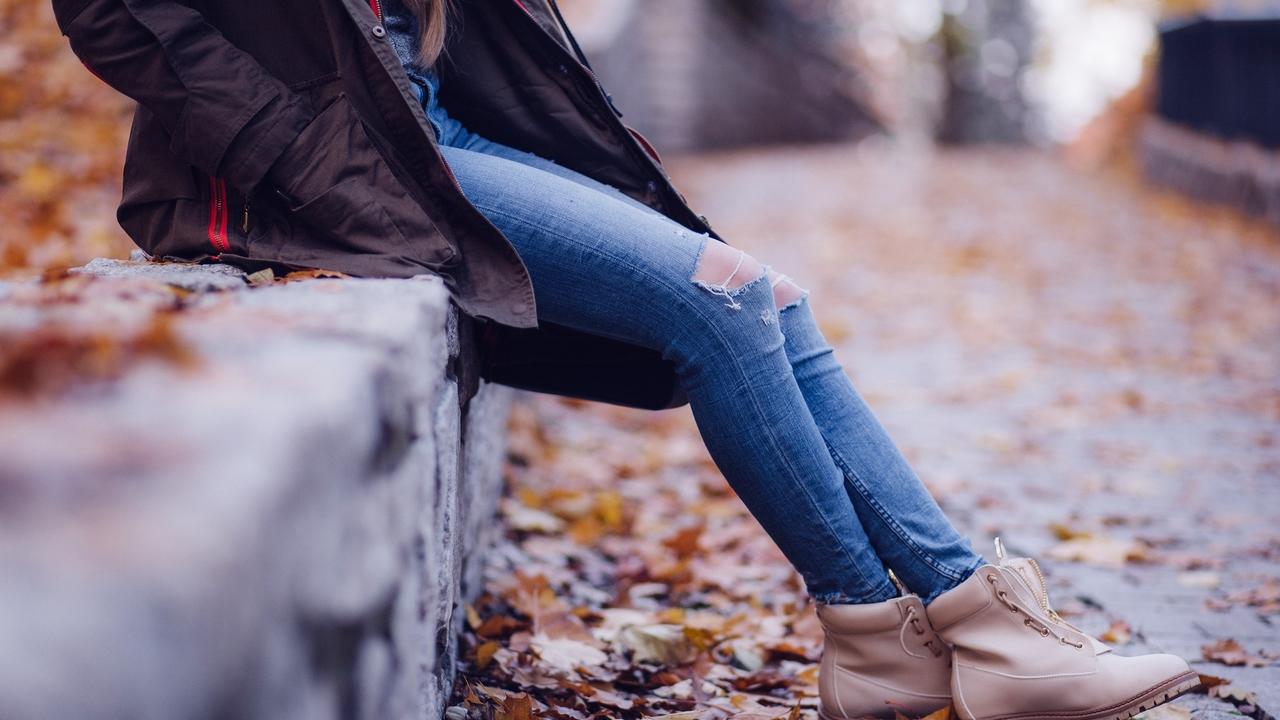 Dear friend - If you are in Christ, if you know Him as your Savior and Lord, then whatever He calls you to do is significant.

We, humans, have a tendency to compare ourselves with others - and that includes believers!

If we are a stay-at-home parent or caregiver, we tend to think that's not as important or significant as someone who owns a business or leads a ministry.

If we are a factory worker, we tend to think our job is not as important as the supervisor's role.

The truth is that each of us carries far more significance than we realize!

What seems to be the simplest kind of calling on someone's life can actually be the hardest to perform because it requires the same submission to the Holy Spirit and the Lordship of Jesus as any other calling or purpose.

This past week, my husband caught a terrible sore throat virus that kept us both up in broken sleep most nights. And while I am called as a life coach, teacher, and minister, I am also...

Book a FREE 45-min Life Discovery Session with Coach Robin to get a clear vision for moving your life forward.